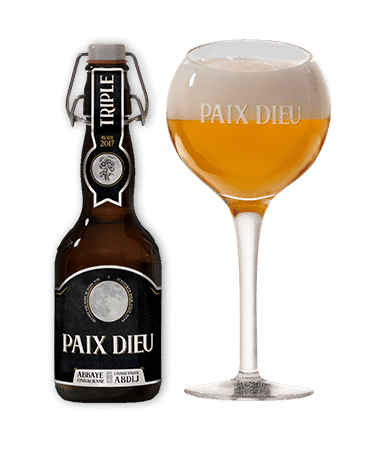 In the past this beer was produced in the Abbey of Paix Dieu, where the lunar calendar played a central role. In order to preserve the soul of the abbey, the Brewery only brews when there’s a full moon.

A 10% triple that’s smooth and full of character; a craft beer in the purest tradition of Belgian Abbey beers. A symbol will help you identify which moon your beer was brewed under.

Our team has been proudly brewing and bottling its own beers for more than 20 years. Discover the Bon Secours, Stuut and Paix Dieu range.